Home  ›  Blog  ›  Anything Goes and Nothing Matters

Anything Goes and Nothing Matters

It’s a repeating cycle- We randomly check the news and learn that another massacre has taken place in our great land. Once again, a privileged young man has committed mass-murder and killed a staggering number. Our nation goes through a now-familiar convulsion in the aftermath. The talking heads on TV bring out the predictable guests, who smugly offer their opinions on who is really to blame.  They rail against a political figure, the gun lobby, video games and racism as the true sources of this evil. And then someone is mocked for offering “hope and prayers.” And then we cut to commercial. Within days we forget that it ever even happened. Until it happens again. 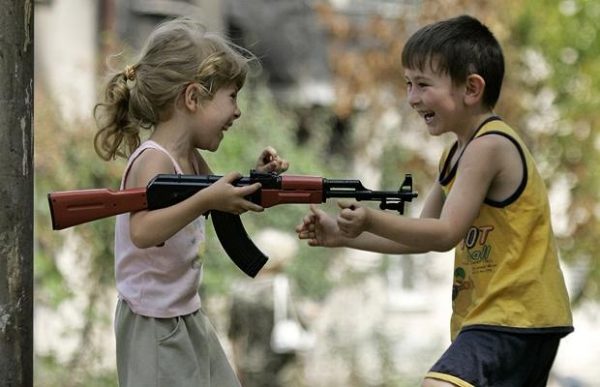 Following the second world war, our troops returned home to a world transformed. They had lived through the great depression and the horrors of war, but America was now a land of limitless opportunity. Soon enough, this “Greatest Generation” witnessed an economic boom of monumental proportions. In this new reality, most Americans would live in a free-standing house and rely on an automobile to drive anywhere, and everywhere!  Television brought the world to our living rooms and helped form our new national character. Many lives started to revolve around mindless consumption and self indulgence. It’s no surprise that these Baby Boomers were also called the “Me Generation.”

In our national quest for a better standard of life, we willingly abandoned our cities and fled to the suburbs. In our desire for unrestricted movement, we created a society based on relentless automobile motoring. In our want for abundance, we created a big-box utopia that erased the small business of yesteryear. The dark side of this new arrangement for living is the social isolation and disconnection we see in the The Millenial generation.  They grapple with the reality of being the first generation that expects a lower standard of living as compared to their parents. They fear climate change, the terrifying possibility of a world in flames, and elders who don’t really care. They are swindled by banks and universities, left with debt they will never be able to repay or discharge. They grew up on the Internet and the miracle of unlimited information, but they are disconnected and isolated from everyone around them. They become outraged by weaponized news, and radicalized into action by social agitators. Wal-Mart is open ’round the clock and guns are available.

In this sermon, Rev Chris explores the grim reality of the hopelessness that exists in our country. In a land of abundance, what causes someone to give up on everything? Cultural factors definitely come into play, but is there also a lack of spiritual understanding?